Well I know that you have been waiting with baited breath, but finally, the results are in and it’s Made By Me for the win!!

If you have no idea what I am talking about, check out the original post for all the details, but the general idea is this:

A little over a month ago I bought a ‘Fast Fashion’ kids t-shirt from my local K Mart for $3.50 and then made a t-shirt the same. My 4 year old daughter wore each t-shirt to daycare twice a week for a month. I wanted to test how much longer a hand made garment lasts than a fast fashion ‘bargain’.

Now I mentioned in the original post that each week I was going to press and photograph each shirt, it turns out that this was a bit ambitious, so you will have to do with the before and afters, but the definitely tell the story.

So these were our measures of wear-ability: Well as it turns out the main problem in this area was not stretching but shrinking. The two shirts remain almost exactly the same width, but the Fast Fashion shirt is significantly shorter in both the body and the sleeves. 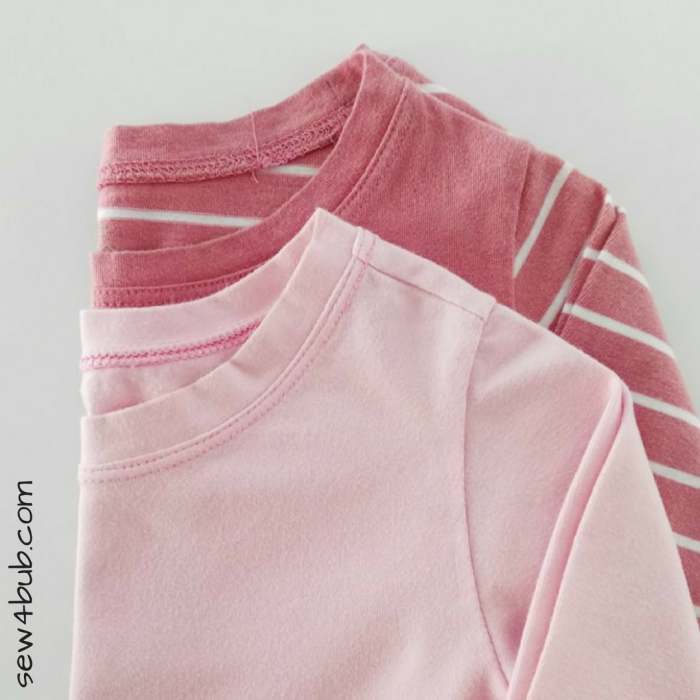 There was some stretching though, in the width of the neckline. As you can see from the pic above, the neckline on the Fast Fashion shirt is somewhat stretched out, it is noticeably baggier when worn.

But, as you probably noticed in the pics above, the stretching/shrinking was nothing compared to the… The bottom hem of the Fast Fashion shirt is twisted noticeably, and because of the curve on the bottom of the shirt this looks really strange when worn. And although it is not as noticeable as the hem when worn, it is still worthy of note that the sleeve of the Fast Fashion shirt is twisted almost all the way round! This is all after just 8 wears! 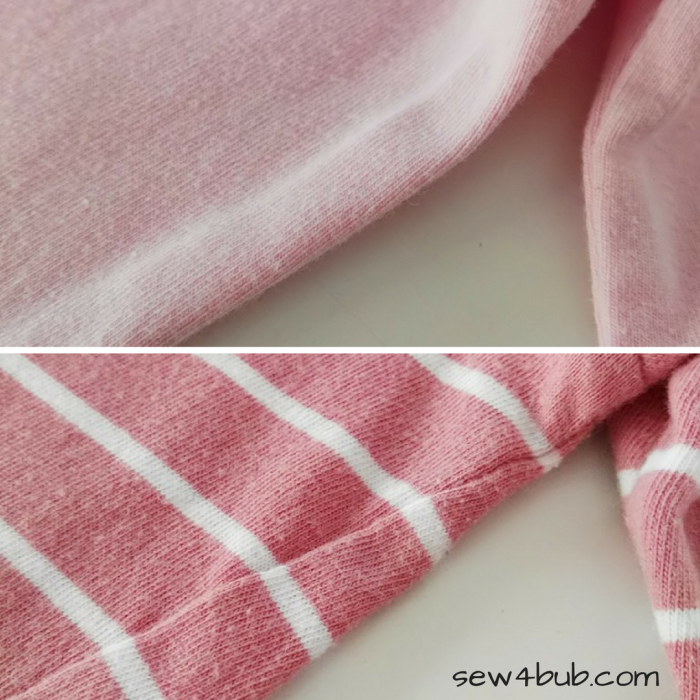 Neither shirt had any holes, and both shirts were a little faded (hard to say which was more faded as they started different colours). The main area that I would say was beginning to look worn was the under arm area of the Fast Fashion Shirt, you can see in the pic above the pilling starting to form in this area.

So I think it is safe to say that the Made-By-Me contender won this match.

At this point I consider the Fast Fashion t-shirt un-wearable (for anything other than messy play) because it is ill fitting and looks ridiculous because of the twisting. I would like to be able to say that the Made-by-me shirt was still in mint condition, but anyone who has been following along on Instagram or Facebook would have seen this pic: 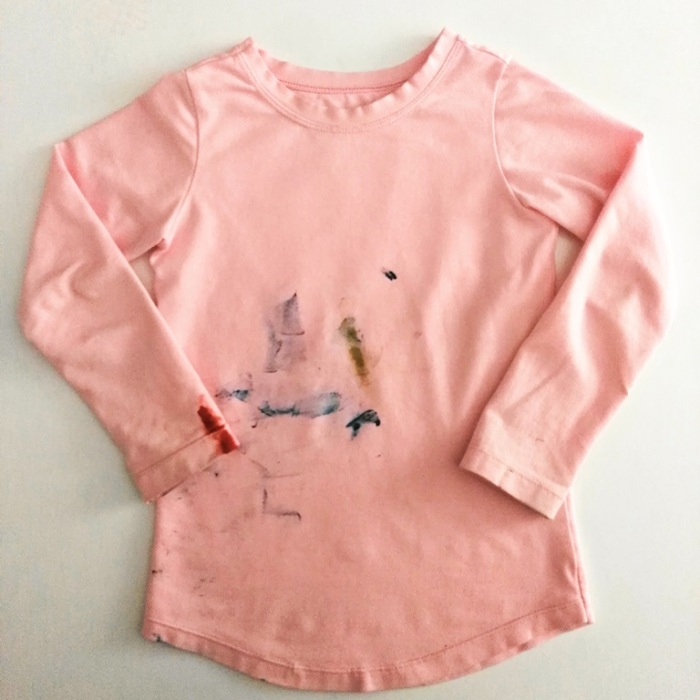 …and this was only one of the 3 incidences that required soaking and scrubbing for this t-shirt over the duration of the experiment. Although I managed to get most of this out the tee has a bit of a grubby look to it (I don’t know if you can see that in the pics up top). I will probably add this one in with whatever I dye next and it will have a new lease of life in a new colour. At least I know it will stand up to  a lot more punishment from the kiddo 🙂

4 thoughts on “Fast Fashion Death Match – the results are in!”